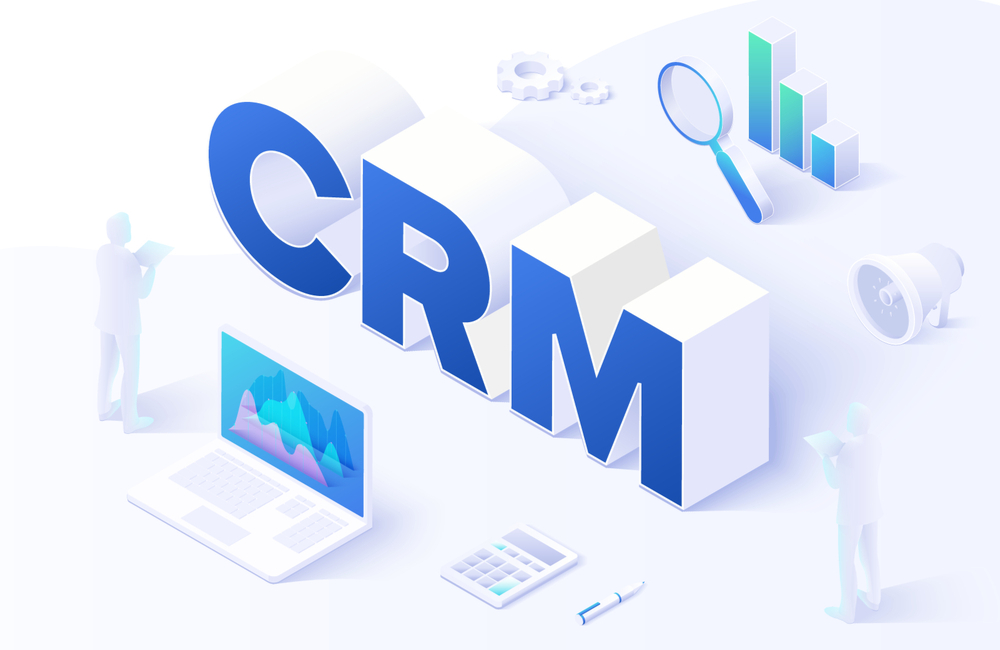 There are four default roles which can be used or modified as needed: 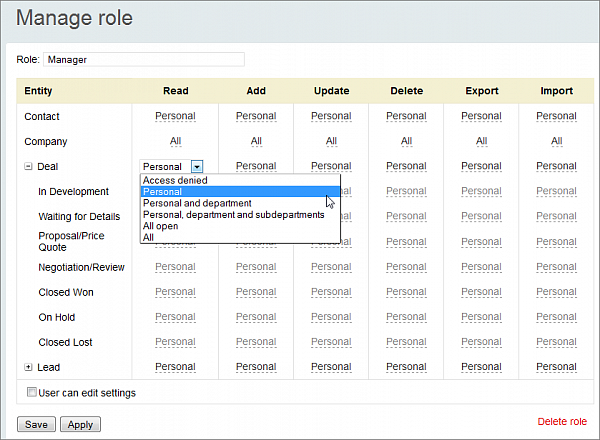 If a user is assigned various roles (e.g. belongs to both a workgroup and a department which are granted different roles), the user will always be granted the highest level of access allowed by the various roles.

The access system can be set not only to CRM objects, but to specific statuses (this applies to leads and deals) for those objects.


If you want to create a new role in the CRM, click Add below the list of roles. 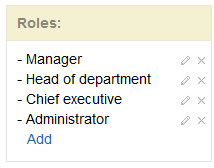 The interface for assigning access is a dialog box where the users or user categories can be selected. 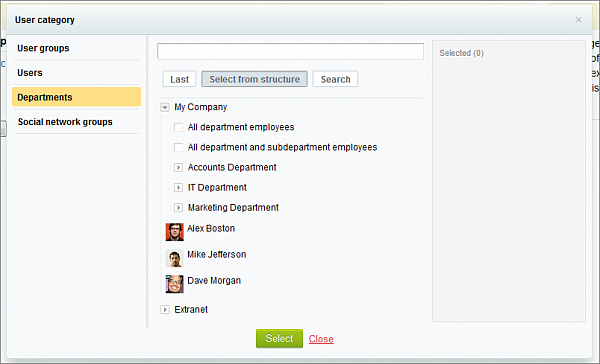 In the first column, you can choose the category type from which you will select users; the options are: User groups, (individual) Users, Departments, and Social network groups.

In the middle of the form, you can choose the groups, users, and departments to which you want to grant a new level of access.

The right-hand column contains a list of chosen groups, users, and departments.

When you have chosen the various types of users, click Select, and they will appear in the Access Permissions list, where you can then assign the exact rights you wish to provide selection.