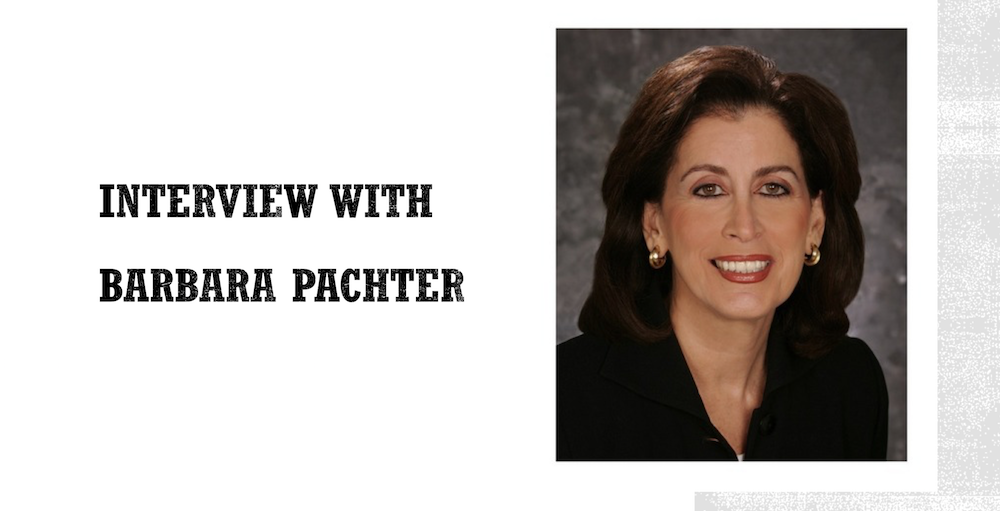 Bitrix24 Team
May 22, 2015
Last updated: July 15, 2019
One of the world's leading experts on business etiquette and communications, Barbara Pachter shares her knowledge through seminars, keynote speaking, executive coaching and various print and digital resources including an e-newsletter and 9 business books covering everything from office tips to assertive communication.

You wrote an entire book on the subject of business etiquette and it was very well received, judging by Amazon reviewers. So what are the most common mistakes that you see people make regularly and what was the motivation behind writing the book?

BP: Thank you. The Essentials of Business Etiquette: How to Greet, Eat and Tweet Your Way to Success has been well received as if fills a need for today’s business professional. The workplace has changed greatly over the last five years, including communicating via social media. People need updated information to make sure that their behaviour doesn’t offend anyone and, as a result, hurt their careers. Some of the more common mistakes include: not greeting others, shaking hands incorrectly, making inappropriate small talk, being unaware of your negative body language, not looking at individuals, not being a gracious host, dressing inappropriately for work, answering a phone in front of others, using text shortcuts when not appropriate, getting drunk at a business social event, posting offensive pictures or nasty language, criticizing your company on social media, not being aware of cultural differences.

Business and ‘conservative’ are frequently used together and many of the rules and standards come from the 20th century. How is social media explosion changing the norms of business etiquette?

BP: We are more informal in the workplace and share more information with colleagues, customers and the public because of social media, but that doesn’t mean it’s okay to be sloppy or rude. Social media has given us more opportunities to make mistakes, and there are consequences to this new “bad” behaviour. For example: the young man who wrote to me because “his project was taken away from him because there were typos in his posts.” And he wanted to know how to get the project back. (Oh, he had typos in his email to me!) Or, the young woman who didn’t get a job because she used text shortcuts in her thank-you note she emailed from her phone. Or, the woman who posted on her Facebook page when attending a meeting in New Orleans: “Off to another stupid meeting. I would much rather be on Bourbon Street.” Her boss saw the post and lost a lot of respect for her.

Telephone remains the number one sales tool for many businesses. Can you give us some rules for incoming and outgoing phone calls both to/from existing clients and for cold calling?

BP:
Can you share any stories from your practice when following the etiquette affected the bottom line and wasn’t just good manners for good manners sake?

BP: Good manners for good manners sake are important as they allow people to create relationships with others—including customers and clients. And when these manners aren’t followed, careers and companies can suffer. For example:
You also wrote a book about ‘positive confrontation’ so you are probably a perfect person to suggest when it’s OK to break the rules and go against the grain.

BP: You have to know the rules before you break them, and be prepared to bear any consequences as a result. My book The Power of Positive Confrontation provides numerous ways to confront people in what I call a ‘polite and powerful’ manner. The second edition of this book came out last year and added a section on online conflict. People often believe that they can say anything online and there are lots of conflicts as a result.

What resources do you recommend to our readers who’d like to find out more about the subject?

BP: Your readers can sign up to receive my blog at www.barbarapachtersblog.com. This weekly blog provides numerous communication and etiquette tips. My books as mentioned above (The Essentials of Business Etiquette and The Power of Positive Confrontation) provide lots of additional information.