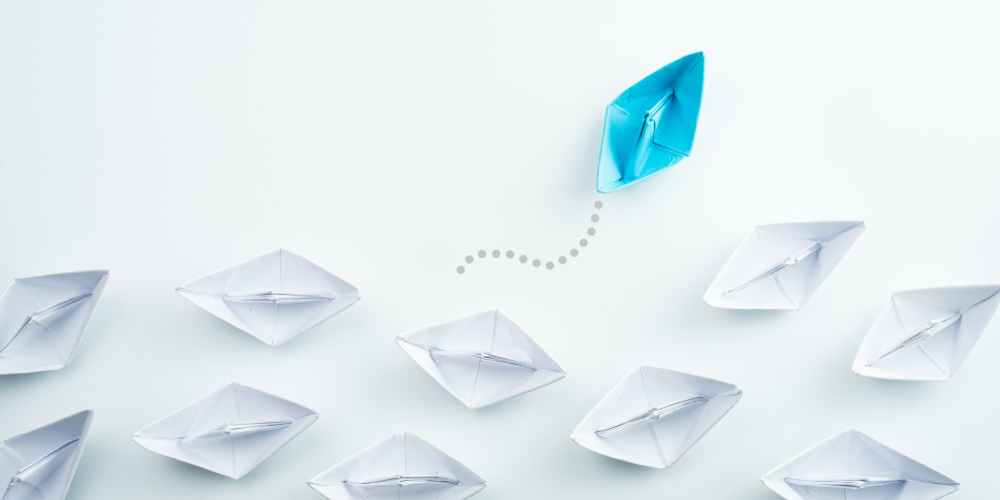 Bitrix24 Team
October 2, 2014
Last updated: June 3, 2019
There aren't that many people who wrote five (yes, five) books on the subject of innovation and creativity, and Jeff DeGraff is just that person. He has worked with some of the most innovative companies in the world, including Apple, Coca Cola and GE. Naturally, we couldn't pass on a chance to ask him a few question about what makes or breaks creative spirit in a corporate world and what companies can do to encourage innovations inside.

1. There are a lot of different techniques for personal creativity. But how do you create a creative organization?

The keys to producing a creative organization are culture, competency and momentum.

First, culture is by far the most important element and the hardest to develop, establish and maintain. The reason is that culture is not a thing in itself but an attribute of leadership and work practices. This is why the removal of the leadership team of an underperforming firm is the first step in any credible acquisition. Look for where your organization has a successful creative culture and give these leaders a greater voice.

Second, competency comes in many forms and is always domain specific. For example, the creative competencies of medical device company and a fashionable restaurant have little in common. However, there are four aspects of creative competency that are shared across all organizations. These include the ability to form a shared creative vision, goals, processes and values. The ability to sync these up across boundaries, regions and fields of endeavor is essential for an organization to move from ideation and opportunity to implementation and value creation.

Talent matters most. Enlist deep and diverse domain experts with great range to serve as organizational emissaries. Third, momentum is the main reason most creative initiatives fail. They lose energy as they try to overcome organizational barriers and boundaries. The key is to hedge your bets with a wide array of relatively small, inexpensive and short term projects like a venture capitalist. This way you can proof the concept before trying to gather the resources to bring it to scale. In the process you will overwhelm the defenses of the bureaucracy. Take multiple shots on goal to quickly discover what really works and what doesn’t and make real-time adjustments.

2. Creative people are known to be difficult to manage oftentimes. What simple techniques can managers follow to achieve their business objectives without creating repressive atmosphere and scaring off their best talent?

Most of what passes for research on managing creative people is highly situational and cannot be applied universally. In other words, one size never fits all. Creative people are for the most part indistinguishable from those we relegate to the realm of the “ordinary” folk and prone to the same quibbles and quirks. General statements like creative people want more freedom may be true, but then again, the same could be said for most of us. I have been very lucky in my career to have been an executive advisor to companies like Apple, GE and 3M during turning points in their history. What I have observed is that these organizations embrace constructive conflict. Crossing boundaries and ideas produces radical hybrids. Alignment is great if you are trying to create a more efficient system or a more harmonious work place. But if you are trying to create a breakthrough innovation, something genuinely new, there will inevitably be some creative pushing and shoving, and some talent will move on. Creativity is messy.

3. We’ve seen evolution of knowledge management from top down (manuals) to collaborative (wikis) to informal and social (enterprise social networks). What’s next?

We have a false sense of progress when it comes to learning. Searching and reapplying knowledge faster doesn’t create new knowledge. It’s just another form of time management. I call these forms of creative populism the Mongolian Barbeque Effect. The customer believes they are creating something wonderful and new. But in reality they are simply using the prescribed ingredients in a large mass customization system to create a combination other people find inedible. Radical innovation is a form of positive deviance created by post-conventional thinkers and practitioners. They eschew the Mongolian Barbeque altogether. More and more, I find the most creative people I meet have a portfolio life. That is, they exist in the white spaces between organizations, domains and other forms of institutional control. They don’t really have jobs but seem to make a living out of a mash-up of personal and professional interests in a hodgepodge federation with other irregulars. In a world ever more connected via everything from big data to ideology, they have rejected this search and reapply view of creativity. They forgo the dominant logic of the group in favor of creating new interpretations. Since the ideas of these independent and free-thinkers are typically considered somewh ere between unorthodox and seditious, what they know is not easily understood and well beyond what can be managed. While technology makes our knowledge better, cheaper and faster, it offers little in the way of sense making. That remains a uniquely human endeavor. While the trend is greater connectedness and pervasive communication, the ability to understand, reinterpret and mobilize this information is inversely diminished. We get more information but understand it less. The truly ingenious ideas are now found in idiosyncratic hybrid communities of practice. The future looks very similar to the distant past wh ere the great ideas were found in the monasteries, art colonies and laboratories of the alchemists. Think of it as an update of the psychedelic motto of the 1960’s – “Turn on, tune in, drop out” – to – “Turn off, tune out, drop in.”

4. What idea management techniques do you personally use and found to work best?

Metaphors are the way I make sense of how things might work. They connect the dots for me. Analogical thinking synthesizes, synchronizes and systemizes what would otherwise be a chaotic mélange of data, ideas and aspirations.

5. What is the biggest misconception/bad advice about creativity and innovation that you hear people repeat again and again?

I think the Pixar animated movie Ratatouille summed it up best with the reinterpretation of the great chef Gusteau’s catch phrase “Anyone can cook.” At the end of the film, the antagonistic restaurant critic Anton Ego comes to understand that the phrase doesn’t mean “everyone can cook” but rather a great cook can come from anywhere. Similarly, many leaders believe everyone is creative. This too is untrue. Sure, most of us have new ideas every now and then. But new ideas alone are worthless. However, new ideas dynamically synchronized in form and function to overcome challenges or capture opportunities are priceless. Consider any specific product Apple makes and you can think of one made by a competitor that is superior. Think about the Apple ecosystem, it’s integrated design and business model, and it is unrivaled. The creativity method app on your smart phone will only take you so far. Simplicity is for simple people. Creativity with the scope and scale to make a difference is complex and requires real domain expertise, ample resources, a preternatural amount of persistence and good deal of luck. Best wishes putting your creativity to work where you work.

Free. Unlimited. Online.
Bitrix24 is a place where everyone can communicate, collaborate on tasks and projects, manage clients and do much more.
Register free
You may also like
Tasks and projects
Practical example of Records Management with a business process in Bitrix24
Productivity
Essential Soft Skills for a Strong, Creative Team
Business development
Love It or Hate It, Chatbots Are Here To Stay
Applications
Sales Scripts Designer - Bitrix24 Marketplace App
Bitrix
Support
Resources
On-premise
Apps
Partners
Copyright © 2022 Bitrix24
Privacy Overview