Diversity in the Workplace: Productivity Strategies for Introverts and Extroverts 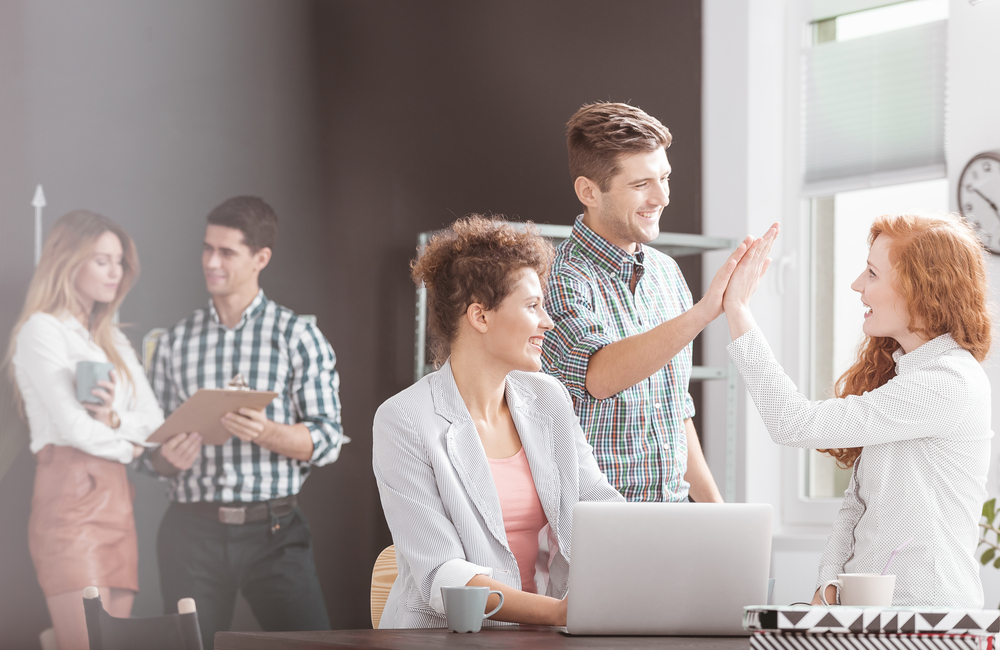 Yuliya Skorobogatova
December 20, 2016
Last updated: October 9, 2019
Contrary to popular belief, it’s not a cubicle that kills a creative brain, but the assumption that everyone needs it. However efficient, an office thrives exactly because of its diversity – if each and every one of us was the same kind of achiever, our personalities would necessarily clash. Luckily for us and perhaps not so much for them, our team managers are allocated with a responsible role of conciliating our differences.

Whether you’re one of them or one of us, it’s important to remember that our ultimate goal is the same: building a richer, more comfortable and productive environment that will be suitable for all. Here’s how.

1. Be Mindful Of Differences, However Subtle They Are

The traditional introvert-extrovert dichotomy is so stereotypical and outdated that it actually begins to harm individuals of both personality types. The first, as believed, is market by shyness and social anxiety, while the second is defined by assertiveness and outspokenness. It all seems pretty simple and easily determinable, but what happens when ambiverts enter the equation? If sceptical of these subtle nuances, simply try designating yourself. Not so easy, right?

Well, it’s because the introvert-extrovert dichotomy is not a dichotomy at all, but a scale with an endless number of individual combinations. One can be quite expressive in the workplace, even though quiet and reserved at social events, and vice versa. There are so many factors that determine how we act and feel in different situations that our conventional classifications are not only indefinite, but overly simplified as well. Worst case scenario, they borderline with prejudice.

With that in mind, a versatile office space is one that never assumes nor jumps to conclusions, but observes and asks instead.

2. Recognize Before You Jump

Now that you’ve (hopefully) established a difference between acceptance and generalization, you need to know a couple of personality traits mostly associated with introvert, extrovert, and ambivert behaviour.

Introverts. Always engaged in thought, introverts are observant, detail-oriented, analytical and creative; since conflicts make them uncomfortable, they are highly adjustable and willing to accommodate the needs of others. In the workplace, they thrive as out-of-the-box thinkers, but need no traditional motivation or supervision.

Extroverts. Contrary to them, extroverts are what we like to call people persons. Most commonly, they have no problem with voicing their opinions which is why they are quite easy going and productive in collaborative environments. As such, they succeed in management and organization, and are considered great leaders.

Ambiverts. That, nevertheless, doesn’t mean that introverts cannot behave like extroverts and conversely – if so, the chances are great that you’re dealing with an ambivert.
However diverse, these people are all equally invaluable in the workplace, exactly because of the unique set of skills that each of them have to offer.


Almost two decades ago, office managers have suddenly started to insist upon open-plan layouts. Their intentions were good, we have to give them that, but unfounded – by knocking down walls and eliminating physical distance between co-workers, they’ve tried to promote teamwork and increase collaboration. Until today, numerous studies (that surveyed introverts and extroverts alike) have found that this very concept was what caused employee dissatisfaction.

There’s no doubt that open space offices encourage fruitful interconnectedness, but that still doesn’t mean that they are suitable for everyone. Occasionally, even extroverts feel the need for productive isolation, which is why modern businesses strive toward combined office layouts that include both collaborative areas and quiet, private places.

4. Create a Culture of Diversity

Introverted people might not enjoy brainstorming and monitoring sessions, but that’s only because of their ruminative nature. Their mental capacities, however, are mostly so immense that respecting the way they choose to express them is beneficial to business growth. Instead of pushing them to speak publicly or deliver on-site solutions, allow them some time to process information, communicate your expectations face-to-face, or even better, via email, and if need be, reprimand them privately.

Extroverts, on the other hand, gain energy from social interactions – in order to be effective in the workplace, they need a sense of creative community, interchange of ideas and straightforwardly given feedbacks. The only potential advantage they have over their quiet colleagues is speed – if the environment allows them to think out loud, they are quick decision-makers and potent initiators. Rather than shushing them down, encourage them to speak.

5. Be Clever with Task Management


Just as collaborative environments, regular meetings and public presentations aren’t equally convenient for different employees, neither are all kinds of assignments. And, while combined office spaces encourage productive team dynamics, thus allowing both introverts and extroverts to shine, proper task management affects the success of the overall organization. That’s why, as a manager, you need to know exactly which task to assign to whom.
It’s quite obvious that group projects aren’t the best fit for an introverted employee; instead of forcing them out of their comfort zone, foster their creativity with monotasks – if allowed to put their heads down and focus on the project in isolation, rest assured that introverts will deliver consistent results.

As mentioned before, critical thinking and attention to details are their strongest suit, which is why they are prefect for complex problem-solving that requires absolute concentration and in-depth analysis.

The set of personality traits that makes extroverts good team players is the same one that endows them with advantageous soft skills. Apart from teamwork and collaboration, they excel in coaching, negotiating and mediating, which makes them great HRs, PRs and, thanks to their flexibility, CEOs.
Though managing a diverse, yet productive office isn’t an easy feat, it’s exactly what team managers are there for. However competent for their jobs and good with people, they need to find the most suitable way of catering to different personalities so that all members of the team can show their strengths and contribute to the ultimate goal, which is mutual for all. At the end of the day, the only way of establishing a productive work environment is through finding a middle-ground and promoting universal acceptance.