The Essential Steps in an Idea Development Workflow 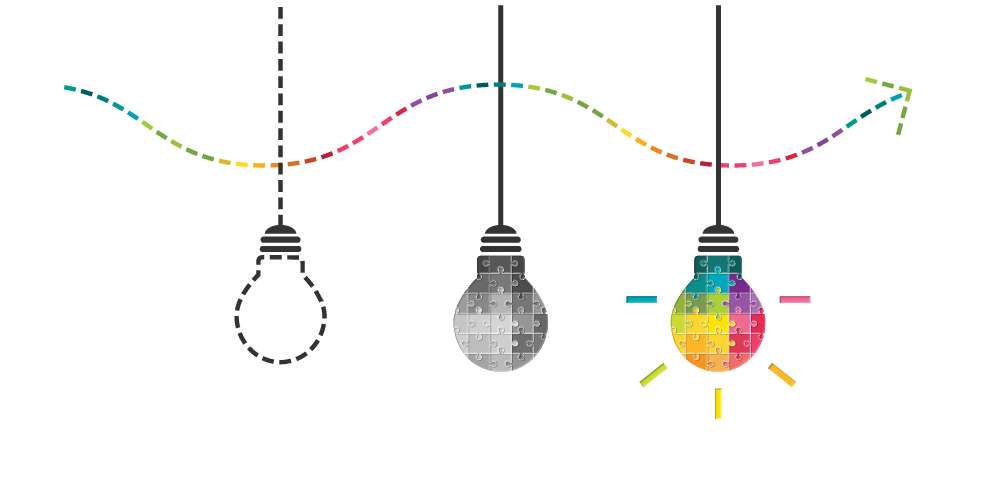 Once your inspiration system is up and running, having plenty of ideas will not be a problem. Now you simply need to have the right processes in place to handle the ideas.


To decide if an idea is right for development, you need a screening process. Base it on specific criteria, not a subjective feel. Having a "gut instinct" about an idea isn't good enough unless you're Warren Buffet.

When you've pulled a list of potential ideas from your inspiration system, or your last team meeting, or your employee suggestion box, put them next to the criteria you have in place. Some will fit. Some won't.


The options for a decisions are few: for each idea, you can hold it, get rid of it, or move forward with it.

Ideas that don't pass the initial screening are automatically eliminated. The others? Well, you only have so much time, attention, and resources to put into idea development.

Which of the screened ideas fit best with the current priorities, interests, and capabilities your business has? Choose the best fits for moving forward. Mark the rest for holding and toss them into storage.


After the decision to move forward, the idea needs to be tested.

This isn't business analysis or market testing; that comes next. Instead, first, you're looking at the concept itself. You're identifying strengths and weaknesses. You're finding holes, ways to manipulate or take advantage, impossibilities, hurdles too high to clear, any obvious fails, and, also, all the potential benefits and opportunities.


If an idea makes it through concept testing, go forward with business testing: you'll need to do business analysis and market research, then pull that information together into a business plan.

The business plan will change and grow as the idea develops, but creating one ensures that you know how to start developing. You need a baseline for those initial decisions about how to prototype, how to deliver, who to hire, and how to market.


The next step is usually the most exciting and the most terrifying: the initial prototype or minimum viable product.

You'll be working to bring the idea into actual reality. Clear communication between all departments and teams is crucial. You don't want marketing to make a promise that manufacturing can't keep. Avoid the silo mentality and keep communicating flowing between all departments and teams. Build in feedback collection with the initial release, because it's essential for the next step.


Once the initial product or prototype is released, feedback from the first group of users becomes your whole world.

Do they like it? Do they hate it? Do they use it? What should change? What works? What has (God forbid) failed? What needs to improve? How can it improve? What's missing? What is redundant?

You'll almost certainly hit a few of those painful moments when you find a miss so obvious it's embarrassing. That's how idea development works; you're bringing something into being - out of nothing but an idea - and you're going to miss some details. The feedback process gives you a chance to catch them on the next round.


Tweaking is part of the plan. Gather and analyze user feedback, then start tackling the issues, one by one. The goal is never perfection; it's always improving to excellence. Solve all known problems, improve as much as possible, and release again as soon as possible.


Once you've developed the round 2 prototype, you will release again, get feedback again, adjust again, and continue the cycle . Some products will go through many iterations of this round. Some won't. Though adjusting and releasing are a pain, the demand and the improvement are signs that your idea is working, and it can work better.

Everyone involved in idea development needs to know the steps. If you don't understand that feedback and adjustment are part of the process, you can feel like you've failed. Adjustment actually means that you're doing exactly what idea development demands: continually learning and improving as you bring an idea into the world.

Free. Unlimited. Online.
Bitrix24 is a place where everyone can communicate, collaborate on tasks and projects, manage clients and do much more.
Register free
You may also like
Applications
RingCentral Integration For Bitrix24 Is Now Available
Marketing
Three Simple Email Tactics To Re-Activate Your Old Customers
Tasks and projects
What Is Risk Management? A Simple Guide for PM Newbies
Experience Economy: Give Customers What They Really Want
Bitrix
Support
Resources
On-premise
Compare to
Apps
Partners
Copyright © 2022 Bitrix24