What The Olympic Games Can Teach About Project Management 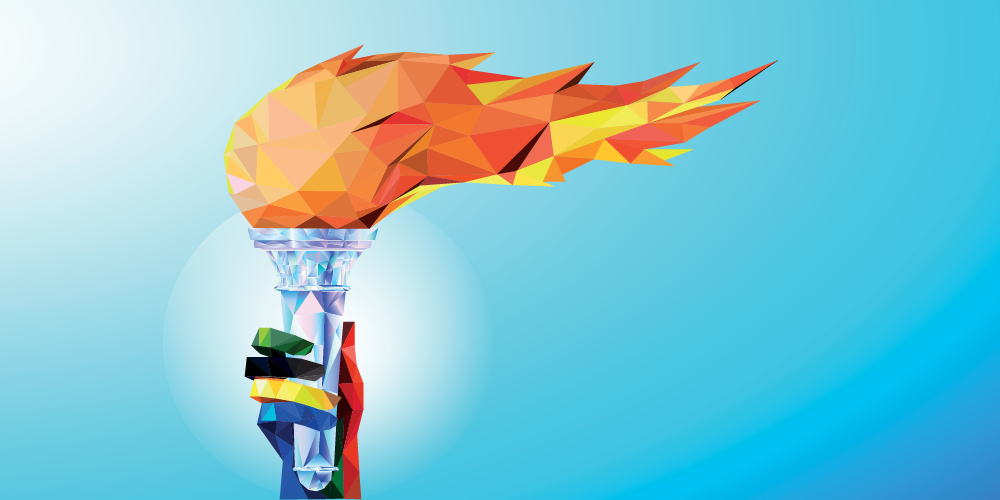 Bitrix24 Team
August 15, 2016
Last updated: February 14, 2022
The Olympic Games is one of the most large-scaled international events in the history of mankind. Pierre de Coubertin, Founder of the Olympic Movement, once said “The Olympic Games are a pilgrimage to the past and an act of faith in the future.” This thought perfectly explains the universal appeal of the Olympics which attracts millions of spectators that, in turn, attract billions of investments.

If you look at the Olympics from a different perspective you will see that it is a giant project which has to be initiated, planned, executed and closed. Considering the scale, the history and the popularity of the Olympic games there are a couple of valuable lessons every project manager can learn from the greatest athletic competition of all times.


Risks are inevitable. The larger the scale of the project, the more it is exposed to risks. Think about Zika virus. More than 15 star athletes have withdrawn from Rio Olympics 2016 due to the Zika threat. A possible pandemic of the mosquito-borne illness affected not only the athletes. The Olympic Games 2016 experience almost empty venues and the scale of the problem is even more obvious in comparison with the London 2012 Summer Olympics where almost 100% of all available tickets were sold (1). The doping scandal, a collapse of the Rio bike path causing the death of two athletes and the arrest of ten people planning a terrorist attack during the games are amid other reasons preventing people from attending the games. According to Murphy's law, if anything can go wrong, it will go wrong. So, risk management can never be overestimated.


Do you know that the average budget’s overrun for hosting the Olympic Games varies from 100% to 200% since 1976? (2) The highest cost overrun was in the Montreal Olympics 1976 at 720%. Will Jennings identifies three common reasons behind the cost overrun of hosting the Olympics: the bid process, uncontrolled growth in project specifications, and the failure to identify and manage risk. All three factors align with the general causes of any project’s cost overrun. The problem of inaccurate cost estimation is unavoidable but there are various project management tactics to mitigate the outcome, such as rigor planning, staying within the originally planned scope and proper risk management.


The tough reality of modern business makes project managers systematically overestimate the benefits of the project and underestimate its costs. When it comes to hosting the Olympics the residents think about increased revenue flows, urban development and civic pride. Unfortunately, the benefits of hosting the Olympic Games are highly overrated. A rude awakening is waiting for those who actually plan to make profit of the event. Beijing’s 2008 Olympics got $3.6 billion in revenue, compared to over $40 billion in costs, London spent $18 billion and earned $5.2 billion in 2012. Surprise! Much of the revenue doesn’t go to a host city, it goes to the International Olympic Committee. One may argue that the games will put the city on the map, tourism will prosper… But according to the study conducted by The Economist, in Beijing and London the number of tourists decreased during their Olympics in 2008 and 2012 respectively in comparison with the same period a year earlier. Nonetheless, hosting the games can have some positive impacts, such as urban development and national pride. The big question is whether they outweigh the costs… So, the final lesson the Olympics teach us is the importance of a cost benefit analysis for any project management.
Free. Unlimited. Online.
Bitrix24 is a place where everyone can communicate, collaborate on tasks and projects, manage clients and do much more.
Register free
You may also like
Bitrix24 tips and updates
Netcash eCommerce Payment Gateway By FullView Solutions
Business development
The Most Used CRM Terms
5 Tips To Make Each Year The Most Successful And Fulfilling
Bitrix24 tips and updates
Bitrix24 now integrates with Expenses
Bitrix
Support
Resources
On-premise
Compare to
Apps
Partners
© 2023 Bitrix24
Privacy Overview