How & Why to Build Self-Directed Teams 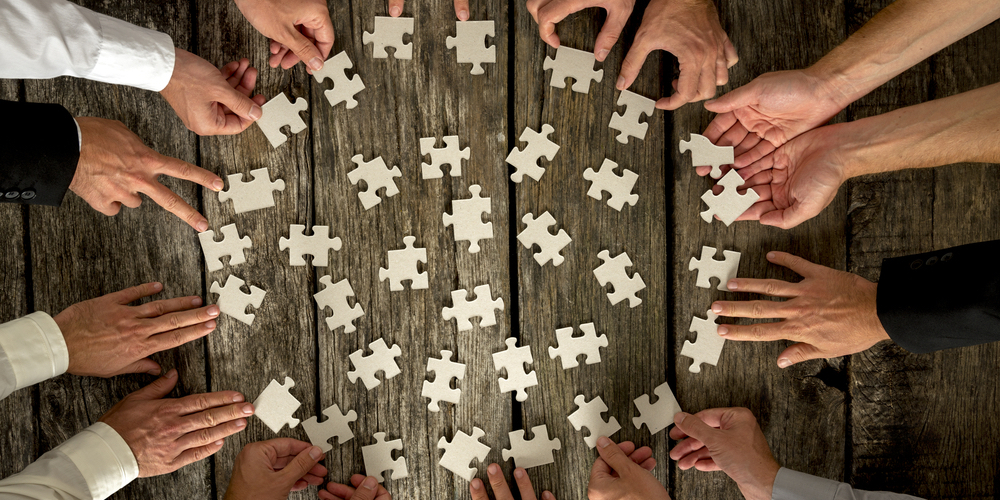 The term “self-directed team” sounds too good to be true but don’t let that fool you - before your team can become truly self-directed, there has to be a lot of effort put in, mainly from you. How to do it and whether you even need a self-directed team or not are the topics of this article. Read on to find out more!

What Is a Self-Directed Team?

Before we could truly appreciate the difference between a traditional team and a self-directed team, let’s try to define both.

A traditionally managed team is a team that a team leader oversees; the team leader will assign goals, help develop projects and bear the bulk of the decision-making process and the responsibility. There are varying levels of management, of course; some team leaders will allow and encourage autonomy, while others will manage to the most minute level.

Are self-directed teams better than traditionally managed teams? That’s what the next segment is about.

Although self-directed teams do have a lot of benefits, they are not without certain flaws as well. In the end, it all depends; businesses and business needs vary. Some departments, functions, or projects might benefit from a self-directed team, while others may require more oversight and day-to-day direction from a team leader.

How to Make Self-Directed Teams Work for Your Company

The biggest problem here is to understand clearly whether it is feasible to create a self-directed team for your particular task. Use self-directed only if are absolutely sure that you will be able to achieve better productivity than you currently have with a traditional team.

Next, you have to make sure you’ve got the right people for the job. Before you set your team free to manage itself, assess the team members' ability to communicate, handle conflict, reach resolutions, work well together despite dislikes/differences, and compromise in order to produce results.

Finally, you have to explain to your employees the concept of a self-directed team and make sure they understand and agree with it. More on that below.

A self-directed team is a team that handles most of the traditional leadership responsibilities themselves. A team leader still exists, but he or she takes more of a coach or mentor role, acting as a liaison between the team and the upper administration of the company.

With self-directed teams, the intrinsic motivators of autonomy, challenge, and purpose are built into the very heart of the team. Research shows that self-directed teams produce higher levels of organizational effectiveness, better solutions, and increased levels of productivity and creativity.

How to Create an Effective Self-Directed Team

Not all team purposes are so easy to define. The company vision or mission statement is a good starting point. But the team needs to identify their particular purpose within that grander vision. More open-ended purposes include product development, innovation, problem-solving, and customer satisfaction team. Self-directed teams might also be tied to a specific department, such as IT or marketing, and need to define their purpose as a department.

Once the purpose is defined, it needs to be tied to measurable results. Otherwise, there's no real way for the team to know if they're being successful or not. Not being able to measure and celebrate success will quickly drain that intrinsic motivation.

A self-directed team requires a shift in leadership thinking. The team leader's role shifts from manager to coach, resource, liaison, advisor, and occasional referee (more on that later).

To function, a self-directed team must have the authority to make decisions, choose goals (within their larger purpose), access resources, change processes, adapt, change, and discard methods and systems, and redefine standards as needed. Basically, they have to be able to do whatever needs to be done to do the work.

Of course, there are boundaries; teams might have free access to a certain set of resources, but need permission for a more-valued (or for a shared) set. Or the self-directed team might have a defined budget and need approval for spending outside of that budget.

Don't underestimate the importance of interpersonal skills. Successful group work requires a specific set of skills; those skills are not inherent and may not have been acquired by all the members of the self-directed team.

Expect a learning curve when establishing a self-directed team. There will be one, both for the leader moving from manager to coach and for the team, moving from subordinate to autonomous.

You'll probably need more frequent meetings as the team hammers out the practical details of how they will operate, make decisions, and produce results. As they find their self-directed groove, however, you'll be freed to focus on things besides managing, and they'll be free to do the work they know how to do.

If you feel like you don’t have enough knowledge and/or skills to build a self-directed team on your own, just hire a consulting service to help you out. There is nothing wrong with asking for advice in situations where you don’t feel confident.

Even if you spend a certain amount of money, this will make for a nice investment that will eventually pay off when your self-directed team starts to fire on all cylinders producing amazing results for your business.