5 Simple Things You Can Do to Improve Workplace Productivity 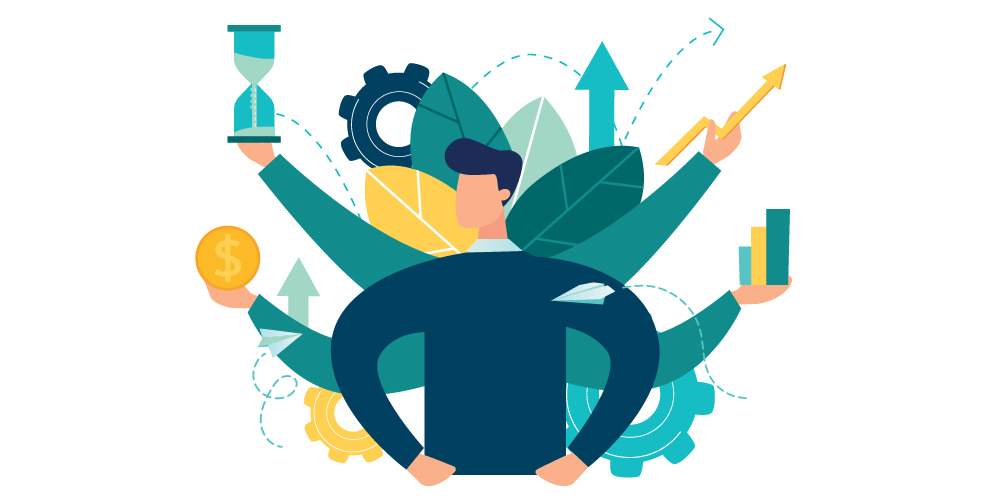 Bitrix24 Team
July 7, 2014
Last updated: May 30, 2019
Productivity in the workplace is vital, not just for the company’s bottom line but for the workforce’s well-being as well. Productive people are happy people, and happy people make up a healthy organization.
That said, here are five things to do to boost workplace productivity:


To-do lists growing into paralysis-inducing behemoths aren’t unheard of. People feeling stressed, overwhelmed and useless as a result aren’t new news, either. According to Robert C. Pozen, a Brookings Institution senior fellow and Harvard Business School senior lecturer, our lists should be “derived from larger goals and include tasks that move us toward those big-picture endeavors” instead of a catch-all for every task thrown our way. In short, create manageable lists by knowing which tasks to prioritize. Author and online marketing expert Michael Hyatt sets himself up the night before and creates a to-do list with top three must-dos, the operative word being “must.”


If you’re concerned about the long-term ill effects of sitting for too long in one place (now pegged as the new smoking), standing and treadmill desks are workplace implements gaining in popularity. Non-sedentary workplace setups are not just hip. Aside from their health benefits, studies – click here and here – have shown they improve workplace productivity, too. There’s another added benefit to standing – standing during meetings, that is. Anecdotal evidence shows standing meetings can cut meeting times by 25%, in that standing eliminated distractions such as notifications from the intranet system or the urge to type up an email whenever meetings go the boring course. A new research also found that standing meetings improve creativity and teamwork, as “the teams who stood had greater physiological arousal and were less territorial about ideas than those in the seated arrangement.”


Just because you sent out a memo first thing in the morning doesn’t mean everybody’s on the same page. If anything, making assumptions instead of conducting follow-ups can cost your business a lot of money. According to a 2008 IDC white paper commissioned by Cognisco,US and UK companies lose $37 billion (£18.7 billion) a year because employees do not completely understand their jobs.
Whether verbal or written, being articulate is fundamental to effective communication. We all know that communication is a two-way highway. Doling out instructions is just half the battle. Ensuring that those instructions are clearly understood makes up the second half. And unless your team is in it for the brain exercises, leave no room for guesswork in your communication strategy.


You want the project to succeed, and no one can fault you for that. But obsessing over the font type and size used in the presentation slides? Or having people report on the status of their tasks every hour of the day? Sure, the devil is in the details, but sweating all the small stuff can also drive sane people crazy. There’s a saying that says, “People quit their bosses, not their jobs.”
Besides, a high level of achievement cannot be expected of employees who see themselves as mere puppets in the overall scheme of things, and people who believe they are being explicitly monitored tend to perform at a lower level. Bottom line, talents must be recognized for what they are – talents with their own work style and techniques. Give them freedom and the ability to think for themselves, and what you reap is another vital productivity factor called accountability.


Some people get the kick out of sarcasm or disparaging remarks, whether from a client or a manager, but that can’t be said of the general population. One reason people stay motivated to perform their level best is because they feel valued by their employers and that their contributions help propel the company forward. While monetary perks are definitely welcome, rewards and recognition can take many forms – vacations and holidays, paid conferences, or an occasional team luncheon at a nearby restaurant. A pat on the back or a simple congratulatory message can sometimes do the trick, too. A genuine gesture of appreciation, no matter how small, can go a long way. Being recognized for hard work is an effective morale – hence, productivity – booster.

Free. Unlimited. Online.
Bitrix24 is a place where everyone can communicate, collaborate on tasks and projects, manage clients and do much more.
Register free
You may also like
Business development
5 Ways Your Business Can Save by Moving to the Cloud
Business development
5 Services to Help Startups Save Money
How to Become a Sales Champion - Interview With Keith Rosen
Bitrix24 tips and updates
Automation Rules Updates
Bitrix
Support
Resources
On-premise
Compare to
Apps
Partners
© 2022 Bitrix24