What to Do When Your Team Isn't Working Together 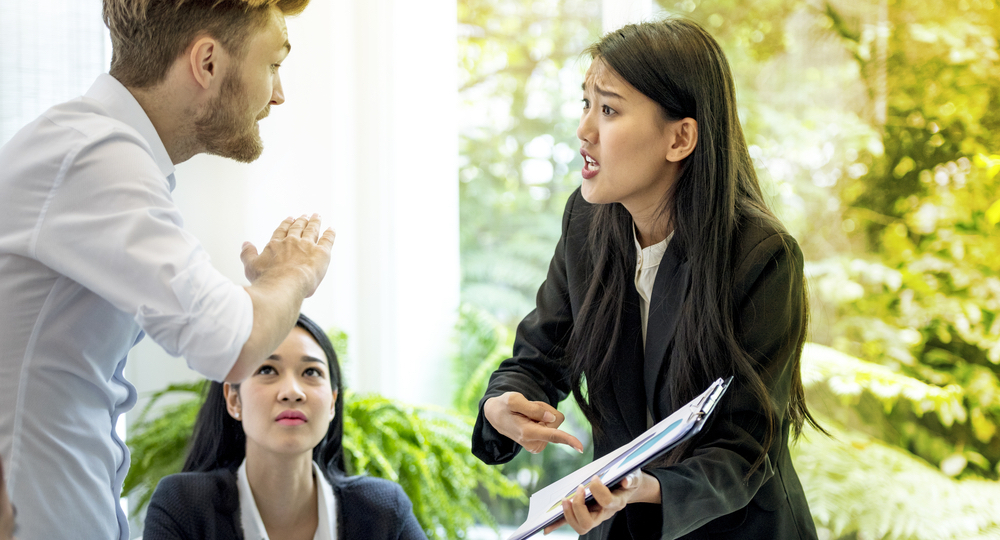 Bitrix24 Team
October 21, 2014
Last updated: May 23, 2019
Overseeing a team can be tough work at any time, because it involves moving multiple people toward a common goal. Personality clashes, work styles, varying ideas, and everyday stress can make forward movement difficult.

What do you do when your people can't mesh and make progress toward the goal?


A Healthy Team Has Conflict


Conflicts happen when you have a difference of opinion, but they're not a bad sign. It's simply a sign that a lot of opinions and ideas are being discussed, which is exactly what you want in a team.

If you have zero conflicts happening, it's probably because one dominating personality is squashing everyone else's ideas before they can even grow to the point of conflict.

The key to having a good team is helping your team members to understand how to handle conflict when it does arise. Outlaw personal insults, emotional tirades, and manipulation. Guide discussions. Make sure every team member gets a chance to speak.

Determine the Underlying Cause


If you're dealing with a team which is having continual issues, then there's something at the bottom of it. There are three main causes for ongoing team conflict:
What's going on with your team?

Conflicts over current projects or goals are common. Don't assume the team all knows or agrees on the main goals. Have a meeting and make sure everybody knows why the team exists and what the priorities for the team are.

Demanding projects or clients can also cause stress that bubbles over into team conflict. Disagreement over which approach or methodology to use in reaching a goal can lead to stalemates between team members.

These disagreements can be dealt with and don't mean something is wrong with the team, just that they need help working through the conflicts.

Situational conflicts can be the most deceiving, because the situation causing the conflict may not seem directly related to the team or the team's current project. But a situation that involves change or stress, even in a general sense, can trickle down into heightened tensions which become unresolved team clashes.

A change in leadership or location, a limitation on resources, a particularly demanding client, or ongoing questions about the future of the company can all cause situational stress that doesn't go away easily.

Get It Out in the Open


The worst thing to do is to pretend everything is okay.

Call a team meeting; moderate it actively. This is not a venting session, and you should make that clear at the beginning.

Nor is it necessary, or even wise, for your team to attempt to solve all the problems that they face in working together. The only goal for this preliminary meeting should be to identify the main issues and agree to work on them together.

Be careful not to let any one person or inner group dominate the discussion. Ask people to wait, take turns talking, and call out the quiet ones. They often have plenty of insight but don't like getting into the fray, so ask for their input and require the talkers to take a break.


For issues which need to be addressed at a deeper level, it's usually wise to do so with private, individual meetings. These meetings allow you to get honest feedback from individuals, without group talk or peer pressure influencing or hiding what might need to be said.

One-on-one meetings aren't always necessary, but if they are, it's best to have one with each member of the team. Leaving one or a few people out of these may create resentment.

Whatever you've identified as an issue is a problem that can be solved. To solve it, you need to take action and make changes.

Present the problem(s) to your team and work together to create a plan of action to solve it. In all cases, the primary objective is team unity.

Team unity is worth the time it takes to achieve. With a cohesive team, creativity and conflict can happen, but they will move the team forward toward their common goals.